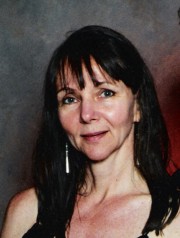 Rebecca Valls is an Associate Professor of Dance at the University of Houston where she teaches dance education, dance history, modern technique, teaching artistry, and senior projects. She is the director of the UH Young Audiences Touring Company and a recipient of the Ross M. Lence Teaching Award in the College of Liberal Arts and Social Sciences (2013). In 2018, she began a UH Continuing Education program in partnership with Young Audiences of Houston titled Arts for Learning Lab that trains professional artists to be Teaching Artist in the schools. In 2019, ALL received a National Endowment of the Arts (NEA) Grant.

As an independent choreographer, she produced and choreographed the Memoirs of the Sistahood series – evening-length, multi-disciplinary works based on her large Catholic family, with sculptor Babette Beaullieu of New Orleans, and film maker Deborah Schildt of Anchorage. They received a Houston Arts Alliance grant and a National Performance Network Grant to produce/tour works in New Orleans and Houston: Chapter One (2007), Chapter Two: House (2009), Chapter Three: Ave Maria (2011), and Chapter Four: Sacred Trails (2013), and a version of Chapter Four: Trail of Dresses was performed in Chicago at the Going Dutch Festival (2016).

As a Teaching Artist for 28 years, Valls designs movement lessons with cross curricular links for elementary schools and conducts professional development workshops for teachers on school campuses. She is the director and choreographer of Becky Valls and Company, a performing group with Young Audiences of Houston that tours two dance/science performances titled Dance of the Insects and For the Birds performed by Toni Valle and Joanie Trevino.

Valls' research focuses on arts integration practices and how children learn through movement. For five years she researched the integration of science and dance with the principal and teachers of the UH Charter School (K-5th)in the Science Dance Project, and documented how students construct knowledge of science concepts through dance. An article on the research was published in 2019 in Research in Dance Education international journal, titled " Five Years of Integrating Science and Dance: A Qualitative Inquiry of Constructivist Elementary School Teachers"

In February 2015, Valls collaborated with UH engineer professor/neuroscientist, Dr. Pepe Contreras-Vidal who specializes in developing algorithms that read electrical activity in the brain. Valls performed Red Square as part of the Blaffer Art Museum Innovation Series at UH Quintero Theatre in a brain cap embedded with electrodes to track brainwaves which were projected on stage. The brain waves controlled the intensity of the lighting design. This demonstration, Your Brain on Dance, was invited to be presented at the Smithsonian Museum in Washington D.C. during Innovation Week in September 2015 and in 2017 she performed at the conference in Valencia, Spain, Your Brain on Art.

Valls holds a Masters’ of Fine Arts in Choreography from Sarah Lawrence College in New York where her thesis work was selected by the American College Dance Festival Association for the national performance at the Kennedy Center in Washington D.C.